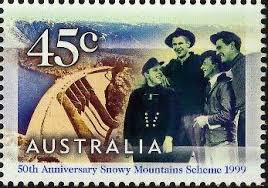 It is my sincere hope that the future of our nation could be secured by making the most of some specific features of our society. Australia is an amazing land. In a mere two centuries we have come to be regarded, and in many ways envied, world-wide. Hard work and good fortune have combined to make us what we are today.

However, in this rapidly advancing world, we are now facing a host of new challenges. It would not be the first time, and through the trials we sometimes had to face head on, we grew more confident and mature. Our maturity is marked by a larger sense of our own place in the world and the vulnerabilities we share with fellow nations beyond our regional boundaries. Australia is no longer a faraway country; it is well and truly positioned as part of the global mosaic.

Over the past decade or so I have been involved in managing response and recovery from some of the largest natural disasters in our history. Living in Brisbane, I have been involved in events like Cyclone Larry in 2006 and the Queensland floods in 2010/11. Over this period I have focused most of my energy on developing disaster resilience programs. Some have been nationally recognised and a number have attracted interest internationally.

As the issue of resilience is increasingly raised as one of the defining factors that all societies must engage with, I believe that Australia should look at developing a ‘nation building’ resilience program. I am well aware of the existing National Strategy for Disaster Resilience that was adopted quickly after Cyclone Yasi and revised earlier in 2015. However, I am also aware of the shortcomings of that strategy as it does not embrace what I consider to be a much bigger picture.

In one way or another, the achievements of past decades can be traced to the cultural, symbolic and hard economic impacts of the Snowy Mountains and similar schemes. Hard infrastructure was the fitting answer for the economy of those times. Undoubtedly, infrastructure projects will continue to play their part, but today when we face an economy of a different kind: ideas, knowledge and creativity – we need a response of a similar scale.

Resilient Australia should be the new Snowy Mountains scheme. The iconic engineering project that brought people from over 30 countries produced vast benefits for Australia. The scheme in itself made Australia more resilient to droughts and unlocked the social and economic potential of the nation. We should look to it for inspiration for the future. I want to underscore this point: we should build resilience in response to not only natural disasters but also to a host of other disruptions. Resilience at all levels of society, from children and families to communities, businesses, cities and regions, encompasses psychological, cultural, ecological, business, infrastructure and cyber resilience. Synchronising them into one format needs to be the focus.

Perhaps this argument is best explored by Dr Judith Rodin, President of the Rockefeller Foundation, in her recent work The Resilience Dividend – a book I would strongly recommend to every single Australian.

I think our government/s should do more to make a stronger link between resilience and economic investment. This is the moment for Australia to shape its prosperity by focusing on the resilience of its people, community, business, infrastructure, education and health, cities and regions. It is only a matter of time before we face global competition which will be defined primarily by our degree of resilience. There is an opportunity here to stimulate our future in a way that will be one of our most defining features in the first half of this century.