California is a not exactly a crow’s flight away from Australia.  But in the connected world it’s not crows that cause disasters.  Rather, it’s the digital entanglement of our economic systems.  In 2005, when the infamous Hurricane Katrina hit North America, it caused oil prices to rise.  This, for Australia’s car dependent lifestyle, meant a little bit of (manageable) pain.  However since the 2008 GFC, things have changed and oil prices now matter to us a bit more. 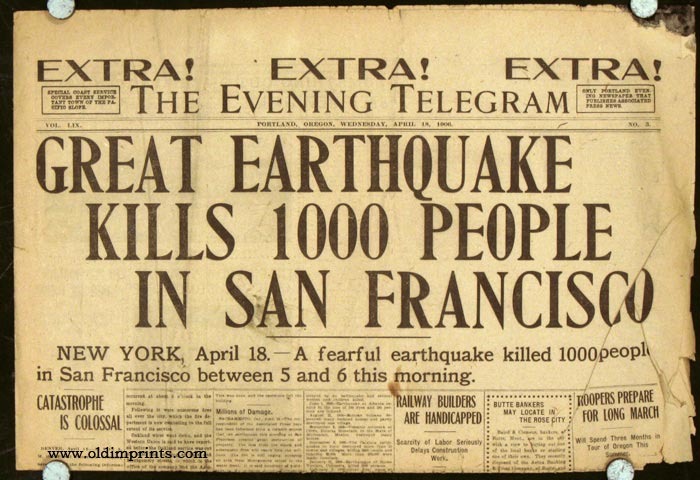 The next big Californian earthquake will undoubtedly impact on Australia and the world.  What this means precisely is a matter for deep analysis.  More importantly, how much do the Australian public, business, governments and our expatriates living in California know about this almost certain event and how prepared is everyone?  The impact will be both economic and social.

The seriousness of the impending threat was the focal point of the National Earthquake Conference (held in May 2016) where the Director of Southern California Earthquake Centres, Thomas Jordan, stated rather ominously that “the San Andreas fault, in particular, looks like it’s locked, loaded and ready to go”.  Consecutive modelling has shown that the impact would be staggering.  Hundreds of lives could be lost, tens of thousands of people could be injured and tens of billions of dollars would be lost due to destruction of property and infrastructure, and ongoing economic disruption.

This earthquake region is home to thousands of Australian expats.  It is also a major trading partner with Australia.  These things alone are enough to make this looming Californian earthquake a major ‘Australian’ natural disaster.  It could in fact have a larger impact on Australia than some of the major disasters we have experienced over the past decade.  The main difference would be that we wouldn’t be able to do much in terms of responding the way we would if it took place on our soil.  Therefore, we need to think about resilience differently.  Specifically, how can we act resiliently when the event that disrupts our lives takes place beyond our borders?

It is not completely out of bounds to think that, when the earthquake hits, our governments (particularly the federal government) would have to set up a response co-ordination centre not too dissimilar to the ones we set up when a natural disaster occurs on our soil.  In fact this is a real possibility, because the public would demand that we respond to the concerns of tens of thousands of people in Australia, including the large American population that lives here.  Given our family and social ties (friends), economic transactions, security threats, environmental impact and so on, it is unlikely that we will simply settle for news coverage as an adequate response.

At the risk of sounding cold, brutish and perhaps even trivial, (which is what ‘money-talk’ can sometimes be) I would point to the strong business ties between Australia and California.  These long-standing ties have been further strengthened over the past decade with the signing of the Free Trade Agreement.  As CalChamber (California Chamber of Commerce) states, “Australia is California’s 13th largest export partner. California is the largest state exporter to Australia, with more than $3.4 billion in exports from California to Australia in 2015”.

With economic ties come social and cultural ties, which are critical for a host of additional reasons that are impossible to express in dollar values.  The key thing is to approach the expected earthquake as a disaster that will disrupt and hurt our families, our friends, and our trading partners in the region.  Some of that disruption is also likely to hurt us here in Australia, although how that will unfold is not yet clear.  We would do well if we conducted some of our own modelling, connected more strongly with the Californian authorities and stakeholders. and created a resilience plan that first and foremost engages the Australian public, businesses and governments on all levels.  In a global world there are no ‘local’ disasters.  Pretending otherwise is precisely the opposite of what a resilient society is about.